McDonald’s is one of the most popular and widespread fast food chains of all time. However, many remain unaware of the failed menu items of arguably our nation’s most successful fast food chains. There have been many flops throughout the years which range from surprising to just disgusting. Let’s take a journey through the failed foods of the Golden Arches, with these top 10 failed McDonald’s menu items.

Sold in novelty, dual sided packaging, this sandwich kept the warm half of the burger (meat and bottom bun) away from the cold half (lettuce, tomato,  cheese, pickles, sauces, and top bun). This proved to be too much work for consumers who valued convenient food. It soon disappeared from menus, reappearing as the pre-assembled Big N’ Tasty. A decent idea, just impractical for “fast food” lovers.

Think of a clear plastic drink cup filled with salad and toppings for a cobb salad. Now add your dressing and shake. There you go, that’s a McDonald’s Salad Shaker. These small salads had a handful of fans, but ultimately failed because of their low demand and short shelf life. While there has been some interest in bringing back this healthy alternative, there doesn’t seem to be much movement on the issue.

In the early 1990’s, McDonald’s tried marketing pasta to the American public. They began with spaghetti with meatballs, lasagna, and fettuccine alfredo, which soon grew to be a part of a larger “dinner menu” including roasted chicken with sides. The idea never seemed to take off, and was eventually abandoned.

This low-fat option was advertised to be shockingly 91% fat-free. But, how did McDonald’s achieve this? By replacing the fat in their beef patty with water and carrageenan (seaweed) they were able to heavily reduce the fat content. Once this fact became public, it quickly failed. It’s not surprising the public didn’t want to eat seaweed filled burgers.

This burger seems like an obvious fail from the get go. Served on a bed of cabbage, it’s main ingredients were deep friend macaroni, mashed potatoes, and shrimp. Wait what? While it has never showed up on U.S. menus, it does still makes an appearance within Japan’s McDonald’s restaurants from time to time. Where it can stay. Forever.

The Arch Deluxe was marketed to be an upscale, gourmet burger made for adults. The main failure in this venture was the $100 million dollar price tag on it’s marketing campaign, which depicted children being grossed out and Ronald McDonald playing golf. The sandwich sales never repaid the marketing costs, and the Arch Delux was removed from menus.

Although the fish filet sandwich tends to sell well in many McDonald’s franchises, the McLobster is a whole different story. The main problem with the McLobster seems to be it’s $5.99 price tag. It’s small size and unappetizing appearance probably didn’t help much either. It can apparently still be found in some Maine franchises – but being sold in a place where there is an abundance of far tastier lobster options, many think the McLobster will soon be gone for good. Fresh Maine lobster caught that day or a fast food lobster sandwich from McDonald’s – which would you choose? 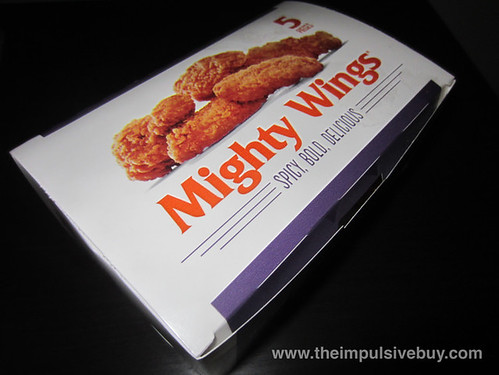 These wings lasted on McDonald’s menus until late 2013 when they were finally deemed too overpriced and over-spiced. The spicy wings weren’t selling well, even after they dropped 40% in price. Say farewell, for the mighty wings have fallen.

Seems like a no brainer, right? Wrong! Customers never adjusted to the idea and continued to get their pizza from pizza parlors and their burgers from McDonald’s. The end result was a lot of unsold pizza, expensive renovations to drive through windows, and pizza ovens that would never again be used. Certainly a risky foray for McDonald’s. A pattern seems to be emerging here – stick with your “bread and butter” items and don’t venture too far out of your niche (burgers, fries, & chicken nuggets).

This sandwich, released in Norway, was released during a major famine in Southern Africa. Made of pita bread, beef, cheese,  tomato, and lettuce, the McAfrika was a PR nightmare from it’s release and didn’t last long on menus. To atone, McDonald’s launched a collection campaign for the purpose of famine relief. Nice going, McDonald’s.

While McDonald’s has undoubtedly found success with it’s burgers, fries, and shakes, it doesn’t change the fact that there have been some less than savory ideas along the way. McDonald’s will always try to stay #1 in its market, and while that can mean staying head of it’s competition with innovative ideas, they also cannot lose sight of the staple items that people worldwide love to eat daily. However, it is fascinating to see the unique offerings McDonalds has come up with over the years. What do you think will be McDonald’s next big flop?