Are you considering joining a warehouse club but aren’t sure which one will give you the best bang for your buck? Keep reading to find out if Costco or Sam’s Club is the better deal.

Reader’s Digest, Investopedia, Cheapism.com, and many others have put in the work to determine which of these two warehouse clubs is less expensive, and they all agree that when it comes to the basic store brand items, the prices are very close — so close in fact that it, “really just depends on what items are on your grocery list for the week,” Reader’s Digest said on its website. That being said, here is a side-by-side comparison so that you can see just how close the prices at both warehouses really are:

**It’s important to note that when it comes to item diversity, Sam’s Club has Costco beat. In fact, Costco claims to only carry about 4,000 SKUs (stock-keeping units). And, although Sam’s Club has not disclosed its number of SKUs, Sam’s Club carries significantly more than Costco’s 4,000. So, why does Costco keep its item diversity low? So they can focus less on item diversity and more on quality.

Additionally, both warehouse clubs will refund the price of your membership if you are ever dissatisfied. So, technically, you could actually get a free membership if you give it a trial run and then cancel it if you don’t see its value over time. “You won’t even lose a pro-rated amount. This eliminates the risk of a ‘wasted’ membership fee. Don’t abuse it!,” 20 Something Finance said on its website.

When asking the question, “Is Costco or Sam’s Club cheaper?” you can’t forget to factor in the added perks and benefits that come along with a membership. We’ll just run through a few of the perks each of them has to offer.

You may be asking yourself, “What on earth does location have to do with which of these stores is cheaper?” Well, it has everything to do with it, at least as far as gas money is concerned. And, an extra $20 in gas money can make all the difference. So, before deciding which club to join, you’ll first want to find out which one is nearest to you. Unfortunately, if you’re interested in joining Sam’s Club, there may not be a store near you since there are only about 600 locations worldwide, compared to Costco’s 762 locations. You should also know that there are far more Sam’s Club locations on the East Coast than there are on the West Coast. Worldwide, Sam’s Club has locations in Mexico, China, and Brazil, while Costco has locations in Canada, Mexico, the UK, Japan, South Korea, Taiwan, Spain, Iceland, and France.

If by chance, there is neither a Costco nor Sam’s Club near you, you can always shop online. You will have to pay a service fee, however, if you’re not a member– a 10% fee for Sam’s Club and a 5% fee for Costco.

Your turn! Based on your shopping experiences, which warehouse club do you think is cheaper? Leave a comment down below. 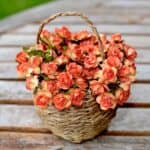